We’re back again for another Throwback Thursday!

Today, we’re throwing it back to 3 years ago, in January 2015 when we posted a blog on the growth of e-learning. Since the term e-learning started being used in 1999, there’s been a substantial growth in technology. We’re wondering what e-learning will be like in another 30 years! Click the picture below to find out more… 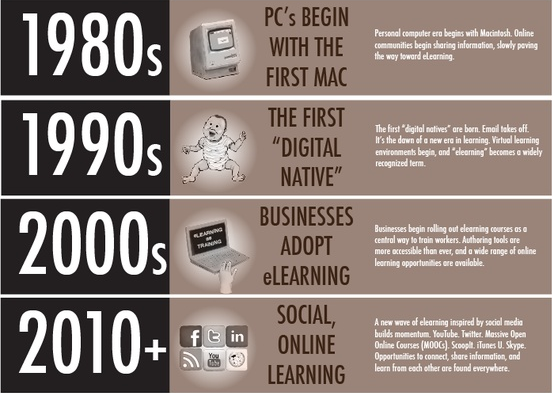 What else happened on the 18th January?

Fact; Oliver Hardy was born Norvell Hardy. He added the Oliver in sometime around 1910, as a tribute to his father. From then on, he used his name as Oliver N. Hardy in all legal documents, census’, marriage documents, etc.

In 1919, the Paris Peace Conference opened (also known as the Versailles Peace Conference). Basically, this was a meeting with the purpose of establishing the terms of peace after World War 1.

In 1992, it was the 49th Golden Globes. The winners this year included Jodie Foster for Best Actress in a drama, Nick Nolte for Best Actor in a drama and Thelma and Louise for Best Screenplay!

Fact; Michelle studied at both Princeton and Harvard University.

Fact; Betty is the oldest person ever to host Saturday Night Live, in May 2010 at 88 years old.

That’s all for this week! We’ll see you next week for another Throwback Thursday.