The Apprenticeship Pay Survey 2014 revealed that 24 per cent of apprentices aged 16 to 18 and learning at levels two and three were paid less than the apprentice minimum wage.

Only 26% of all apprentices said they knew what the minimum wage rate for apprentices actually was!

Mr Lauener went on to say that;

“There is definitely going to be an important agenda here over the next few years. In fact, I don’t see this being a ‘we’ll work hard and sort it over the next year’ situation — this needs to be a long-term issue.”

Just over three weeks ago, it was revealed that all-aged apprenticeship starts were down for the second year on the trot. At the time a spokesman for the Department for Business, Innovation and Skills hinted that the introduction of the 24+ Advanced Learning Loans was to blame. But were they really?

Now if this isn’t the best 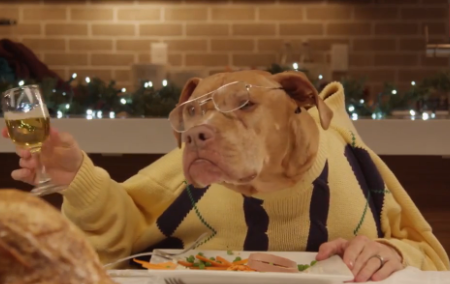 festive video you’ve seen to date I don’t know what is!!

These cats and dogs enjoying their dinner is the slightly absurd, but hilarious, video of the day.

What is the actual reason for the downfall of Apprenticeships? New NOS for IT Users