In its latest report, Make or Break: The UK’s digital future (pictured below right), the House of Lords digital skills committee claimed that although the FE sector was “best placed” to respond to England’s digital skills gap, colleges needed to “move up a gear”.

In the report released earlier in the week, the committee said FE colleges were already “well-placed to link local people with training and jobs”, but that evidence showed that there were “pockets of excellence in the FE system, but provision is patchy, unresponsive and not meeting employer needs”.

Labour proposals to abolish level two apprenticeships were rejected by Unionlearn at the Association of Employment and Learning Providers (AELP) 2020 Vision conference.

Stewart Segal, AELP chief executive, blasted the policy, saying Labour had “got it all wrong”.

Apprenticeships should be “re-made” to give learners expertise, resourcefulness, craftsmanship, business-like attitudes and wider skills for growth, according to a report by the City & Guilds Alliance.

“We firmly believe now is the time to remake apprenticeships and that, if we take the right approach and embed learning and assessment at the heart of an apprenticeship, as well as ensure they are designed to meet employers’ needs, we can ensure the UK’s apprenticeship system can compete with the very best on the world stage.” 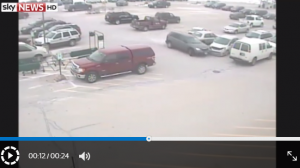 That’s one way to get out of a car park…

Security video shows an elderly driver smashing into ten cars on their way out of a shopping centre in the US!

In the news this week… FE Providers set for a funding cut of up to 24%!