Apprenticeships down, 24+ Loans on the up

‘Colleges that don’t engage with businesses will fail’

Colleges risk failing their Ofsted inspections if they are not engaging effectively with employers, Ofsted chief inspector Sir Michael Wilshaw has warned.

During questions from the House of Commons Education Select Committee this morning on the education watchdog’s annual report in December, Sir Michael warned inspectors were going to be “more critical” of poor employer engagement by colleges.

“We see large employers, and even medium-size employers engaging, and colleges have had some success in that, but what there hasn’t been success in is engaging in small and medium employers within that. There has to be some kind of structure, some kind of brokerage to encourage them.”

A “lack of understanding” about salaries has been blamed on careers guidance failings after research released today showed teenagers under-estimated pay in skilled sectors by almost 40 per cent.

“It is not surprising there is a lack of understanding around salaries. Careers guidance and advice is currently failing young people in this country.” 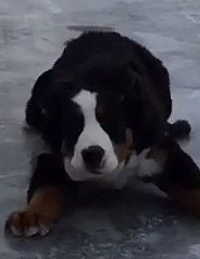 This video is guaranteed to put a smile on your face.

Bad weather conditions had turned the pavements into a skating rink – which the dog’s paws were no match for.

In the news this week… Where do you see yourself in 5 years time?