The Association of Employment and Learning Providers (AELP) has warned the government to hold off introducing its apprenticeship levy for “three or fours years”, urging it to build capacity first.

The government has said it wants to introduce the levy in this Parliament, but is set to launch a consultation on the plans before outlining further details in the Spending Review this autumn. However, the AELP, in a briefing paper published, has said that the potential start date of 2017/18 would be “too early”.

Employers have escaped the reach of a government clampdown on “misuse” of the word apprenticeship, it has emerged.

Companies who run their own unfunded courses and label them ‘apprenticeships’ will continue to be able to deliver such programmes in less than a year without fear of a proposed Magistrates’ Court prosecution and fine.

The government today revealed it had undertaken the latest in a series of early years educator (EYE) U-turns by dropping the GCSE entry requirement for level three classroom provision.

The Department for Education (DfE) is going to allow learners who do not have grade C or above in English and maths to start and achieve standalone, non-apprenticeship, level three EYE qualifications. 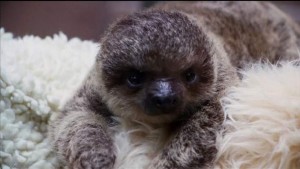 Animal handlers at London Zoo are using an unusual surrogate parent for the zoo’s latest baby – a teddy bear from the gift shop.

Find out why a teddy bear was used as the sloth’s surrogate parent.