FE providers ‘design and deliver their own quals’

A report out today calls for a new system of accrediting “sub-degree technical education” in which FE colleges and independent learning providers can “design and deliver their own qualifications”.

Providers offering Trailblazer apprenticeships are in a race against time to submit their learner numbers after the deadline shifted four days closer with the Skills Funding Agency having decided to close the Hub.

The twelfth monthly Individualised Learner Record data return window for 2014/15 for the new employer-designed programmes was meant to close at 6pm on Monday, July 27 — but in its weekly Update newsletter, published today, the agency said the uploading software would be unavailable from 5pm on July 23 until the morning after the initial deadline.

FE staff will have to wait to hear whether proposed new strike laws will affect them after the government confirmed it was consulting on how a new 40 per cent support threshold would affect certain providers.

Under new rules set out in the government’s trade union bill, a 50 per cent turnout requirement will be set for all strike action, with a separate requirement that strikes in “important” areas such as education and health have the support of 40 per cent of those eligible to vote. 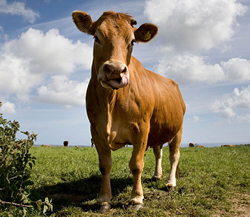 For almost two years no one could catch Matylda the cow, who escaped from her owner’s farm in Zloty Stok in 2013.

But now the elusive brown cow has finally been caught by her owner, whose efforts to coax her back included chasing her on horseback, laying snares and pursuing her with dogs.

What does the government’s productivity plan mean for FE and skills? AELP urges urges delay for enforcing apprenticeship levy